I’ve had several friends who have lived and/or worked in Airdrie and up until this year, my visits were only to see them at their homes. Recently, however, I have driven to Airdrie specifically to eat. I know, right? So, here are some “If I lived in Airdrie” tips for those of you considering a day trip or maybe even a move into home-ownership outside of Calgary.

Just 30 minutes from Calgary’s downtown core and 15 minutes from the Calgary International Airport, Airdrie is one of the fastest growing communities in Canada. With a population of around 60,000, no city business tax, fantastic new housing developments, and a growing culinary scene, Airdrie is becoming more attractive as a community for young families, entrepreneurs, and first-time home buyers.

Genesis Place is the city’s recreational facility and it is huge. Yearly memberships are reasonable and the facility houses everything from a pool to soccer and hockey and drop-in fitness classes for all ages. Tip: This summer help your kids stay active with Toonie Tuesdays!

Bert Church Theatre is a 377-seat facility that brings cultural programming to the community. Musicals, concerts and plays all come with free parking and is completely wheelchair accessible. The theatre also hosts performing arts classes and camps for young people throughout the year. Tip: Book your Christmas shows now – Storybook Theatre is presenting A Charlie Brown Christmas for $15 a ticket.

Mainstreet Beer & BBQ is the sister restaurant to Calgary’s Hayden Block Smoke & Whisky. The menu is the same solid selection of Austin-style smoked meats and scrumptious sides BUT they also have the best nachos I’ve ever eaten and those are not on Hayden Block’s menu. They are a must order when at Mainstreet with friends. Tip: Go after 10 p.m. for 50% off all meats. 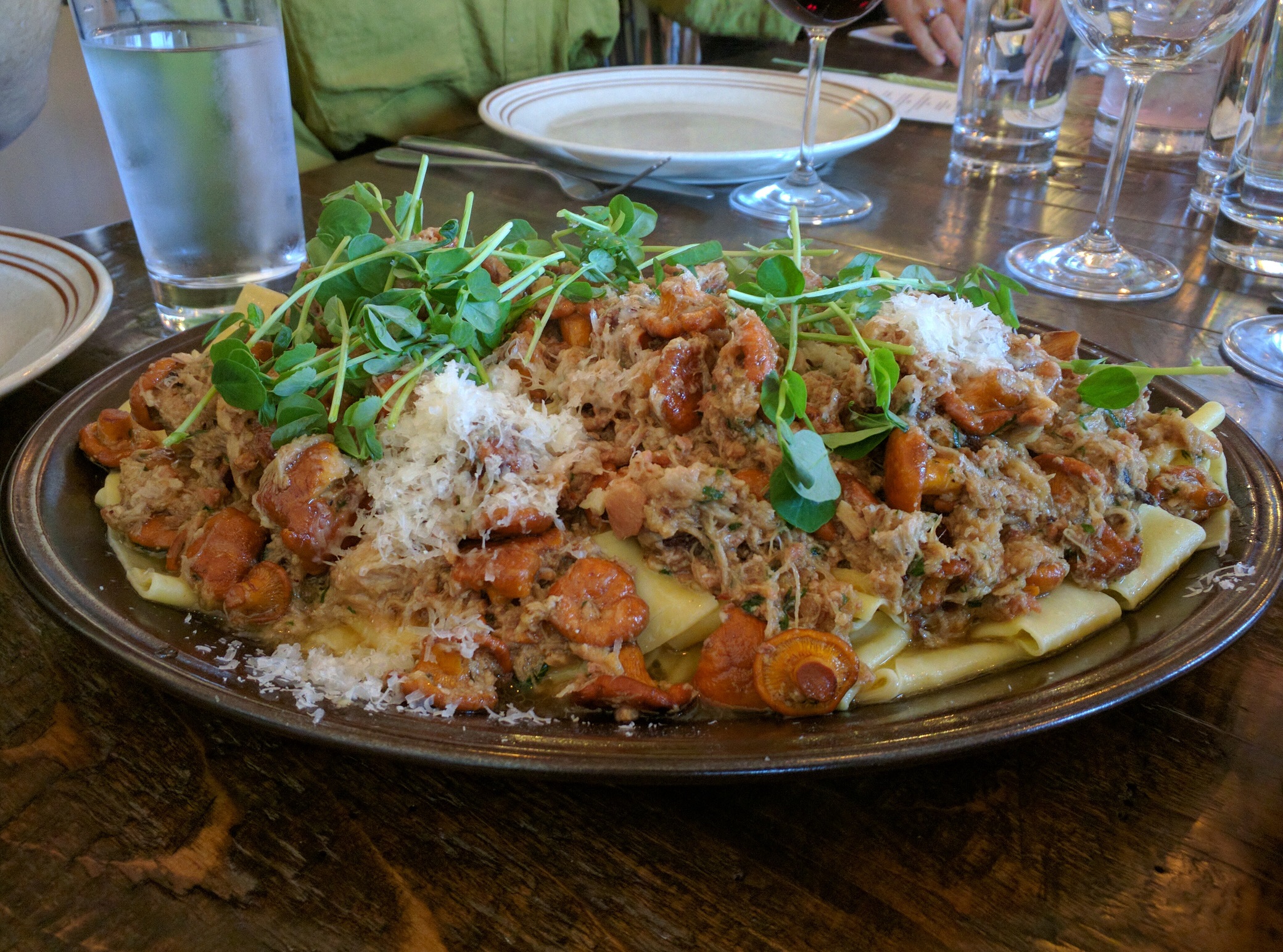 House-made pasta with mushroom ragu from Hayloft in Airdrie.

Hayloft is in the running for Air Canada’s Best New Restaurants list in 2017 and for good reason. One of my favourite food experiences was at Hayloft in Airdrie! Chef Jason Barton-Browne, previously of Teatro and Rivercafe, uses local ingredients and creates simple, hearty and delicious plates. Tip: Do not miss out on the house-made pasta!

Southpoint is a new community launching this fall in southwest Airdrie. The developer is committed to building more than just homes and has a track record of building actual community. A complete neighbourhood, Southpoint will feature 12 acres of green space including playgrounds, a tennis and basketball court, BBQ pit and more. Tip: An elementary school is planned for 2019 that is walking distance from Southpoint.

This post has been sponsored by Southpoint. All opinions and reviews are my own and never bought.