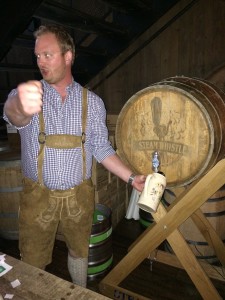 Blair doing a nice job on the pour. Steam Whistle Oktoberfest 2014 at WURST.

My friend Kevin and I decided to check out Oktoberfest on Saturday, October 4 down in the Mission neighbourhood of Calgary at arguably the most authentic venue in the city…Wurst.  The evening started off with an ice cold stein of Steam Whistle Pilsner included with the admission ticket, a true favorite of mine brewed right here in Canada.  Their slogan “Do one thing really, really well” definitely applies.  Blair doing a nice job on the pour:

Many of the people in attendance including the staff were wearing the traditional German lederhosen or dirndl which added to the ambiance and authenticity of the event.  The extent of our efforts in dressing up however was to pose for a quick photo wearing the Tyrolean hats provided by the event sponsor, Steam Whistle.  I found the hat to be a bit hot and snug for my fat head so it didn’t stay on for very long. 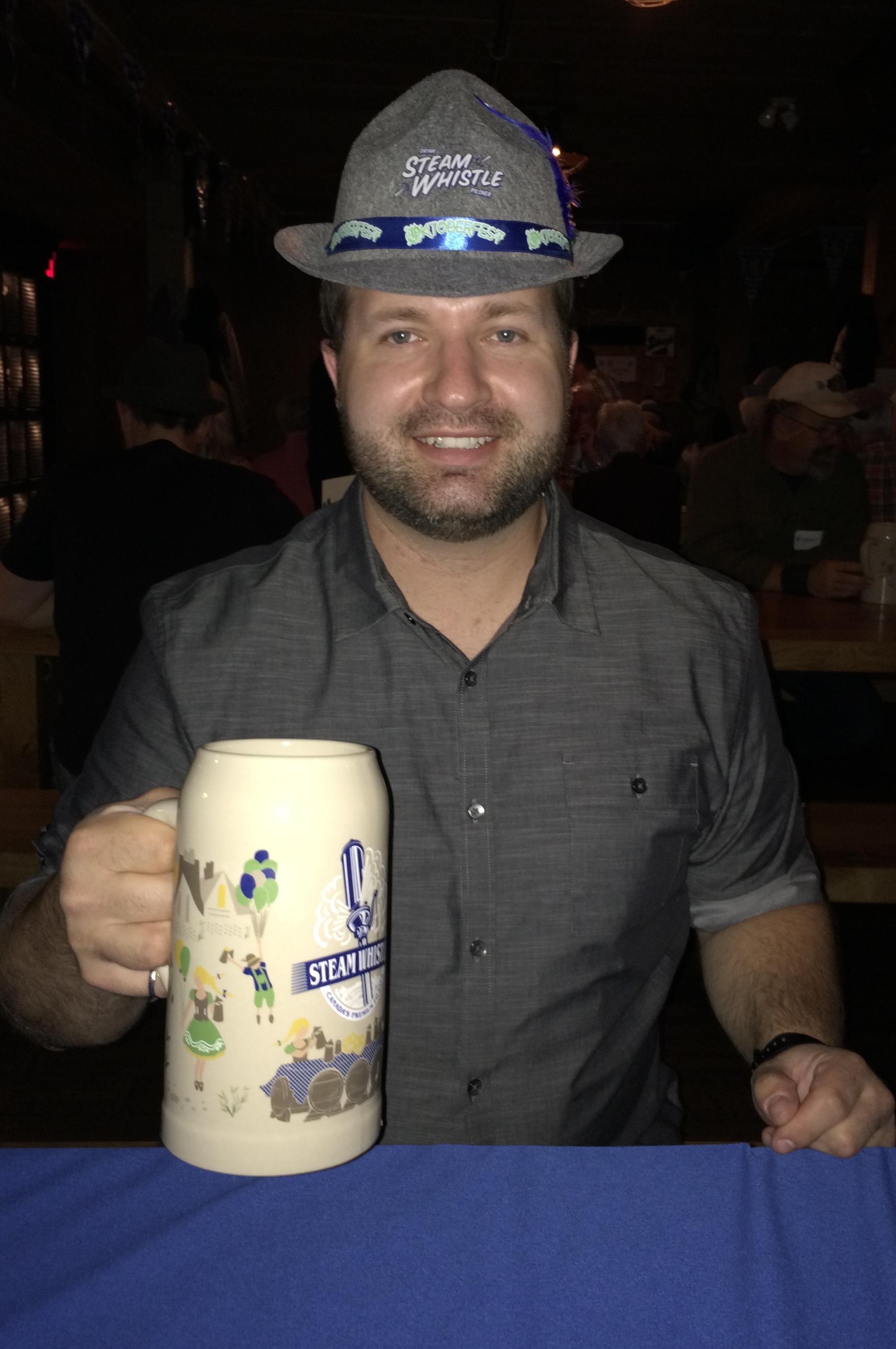 The traditional hats made for great photo ops!

It was nice to see WURST returned to its previous pre-flood glory and there was no indication the beer room had been completely submerged just over a year prior.  The beer hall style seating lends itself to meeting new friends since there is no such thing as a table for two.  Most tables accommodated 12 people and some of the booths were for 8.

As the night wore on and the beer kept coming, we became a bit wary about the food situation which was also included with the admission ticket.  We were told to expect food around 8 or 8:30 pm but didn’t see anything until closer to 9.  The first Bratwurst platter containing an assortment of meats, mustards, potato, and sauerkrauts was devoured in seconds it seemed by the ravenous table of fellow beer starved patrons.  Thankfully a lot more food came out and it lasted long enough to get a couple photos.  The food was good (but the beer was better) but I wouldn’t say anything as spectacular as some of the other dishes I’ve had from WURST previously.  The new menu looks fantastic though and I’ll definitely be back.  My favorite of the evening was the simple and delicious big pretzel (not pictured). 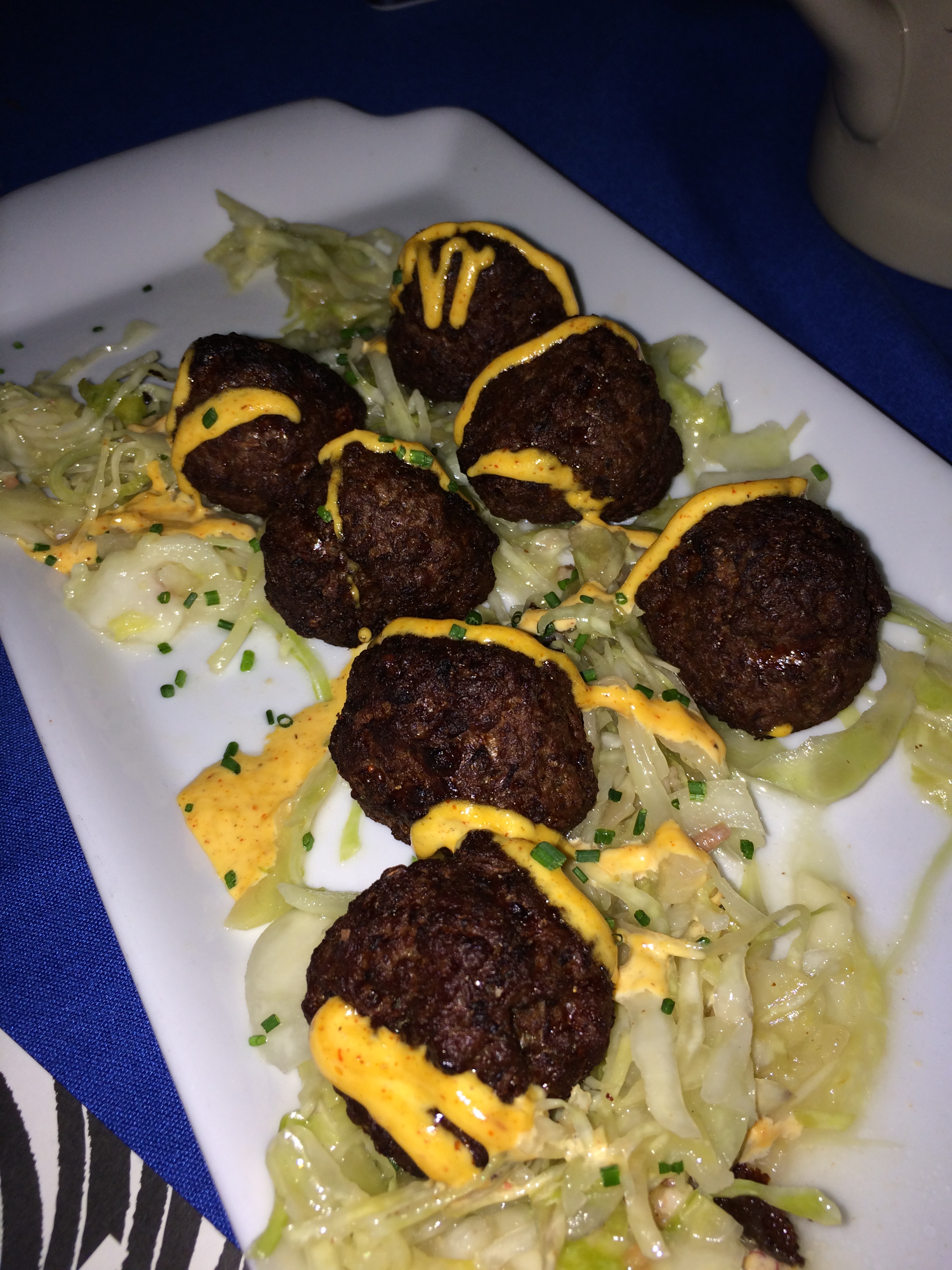 The Bratwurst platter containing an assortment of meats, mustards, potato, and sauerkrauts was devoured in seconds

As the night wore on we decided to try a few different types of imported beer including the Steigl Goldbrau from Austria and the Krombacher Pilsner from Germany.  Both were delicious pilsner style beers with a nice amount of hops and carbonation.  My favorite of the night was the Krombacher but I’d recommend any of the beer we drank including the Steam Whistle.  The problem with wanting to try a variety of beer in stein format (1L = ~ 2.8 cans of beer) is that the well-known side effects of beer in large quantities start to make their mark.  I believe most of the patrons were experiencing the same problem evidenced by the general increase in room volume and ensuing antics that I both witnessed and admittedly took part in.  The live Oompah band seemed to further encourage the boisterousness as they played a variety of polka hits I couldn’t name from who knows what decade as they circled the room multiple times sometimes dancing on table tops.

Brian and Kevin at Wurst for Oktoberfest 2014 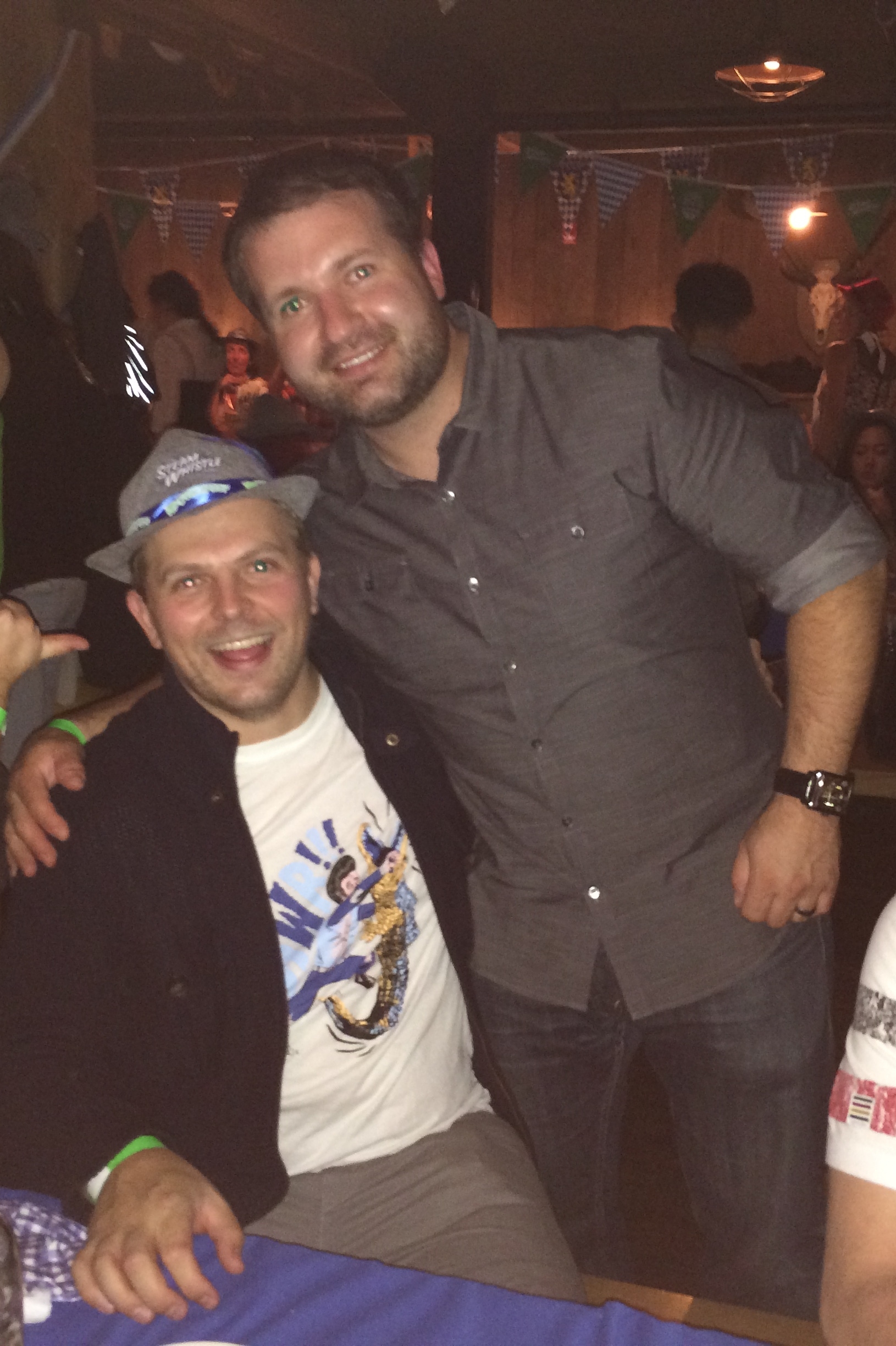 Thanks to Steam Whistle for the great authentic German night out.

The thing about WURST is if you are looking for a casual conversation over a beer, don’t come downstairs.  The restaurant upstairs (if you can get in) is more that type of venue.  If you are however looking for an old fashioned beer filled good time, the basement is definitely for you, especially during Oktoberfest. Thanks to Steam Whistle for the great authentic German night out.

Brian Brooks is a quality manager at a multinational engineering firm by day but a serious foodie by night. He will never say no to a good meal or a great scotch.

This message is only visible to admins.
Problem displaying Facebook posts.
Click to show error
Error: An access token is required to request this resource. Type: OAuthException

Calgary has just started turning gritty and grey. It’s the perfect time of year to enjoy those dark and lovely tales that come to…