A couple of months ago, I sent out a request to all of my friends and acquaintances to check out Project 22 and to support them in their mission to bring awareness to the high rate of veteran suicides due to PTSD and TBI.  So many of you responded, shared, donated and supported–thank you so much!

One of my favorite responses came from a friend of mine, Leslie Brooks, who owns a small start-up business called Hippo Hug.  Hippo Hug makes and sells weighted blankets, weighted animals and other sensory objects that serve a therapeutic purpose in a non-clinical way.  Leslie asked if I thought the Project 22 crew would be interested in testing out a weighted blanket as one of their alternative therapies on the road trip. 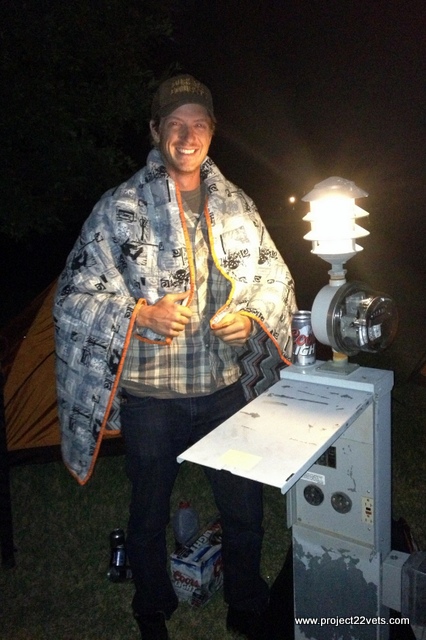 Tonight I talked to my brother, Doc, and he said that he and Daniel took turns using the blanket on the road trip and they slept better with it than without it.  When I asked him to describe the sensation of using the weighted blanket, he said “It feels like being hugged all night.  It grounds you.”

Hugged all night?  It makes me want to use one!  If you are interested, please check out Hippo Hug’s website to read about all of the therapeutic uses of weighted blankets.  Also, to celebrate the second anniversary of Hippo Hug, Leslie is hosting a giveway so that you can test one for yourself!  Enter to win here: