When my sister-in-law asked me to make desserts for a dinner she was catering, I said yes, forgetting I had a dinner party of my own to go to on the same night.  I decided that I needed desserts that I could make the night before, she could have them picked up and they could keep them in the fridge until it was time to serve them.  Her requests were fairly simple, she wanted two desserts that visually contrasted each other and one of them should be gluten-free.  After much discussion we decided on Salted Chocolate Pots de Creme and Italian Cream Cakes in a Jar.

Of course, plans and I do not work well together and after spending Friday afternoon at Winefest with my husband and some great friends, I came home to crash early instead of making my desserts.  My mom, AKA Super Woman, came to my rescue on Saturday and we pulled it off together!

Both desserts were a hit but I’m only going to tell you about the cakes for now.  After all, it is Week 8 of the 52 Cake Challenge!  The recipe for the Italian Cream Cake was inspired by one I found and adapted from Southern Living and it would be such an elegant layer cake if you want to make it that way.  Serving the cake in jars was inspired by many pictures I have seen on Pinterest and blogs for a while now.  It made perfect sense for this dinner since the cakes were made at my house and then had to be transported to the dinner.  The other cool thing is that you can stack these and stash them, they take up very little room and they won’t get messed up!  I took one out of the fridge when I started writing this post and have let it come to room temp.  Excuse me while I test it for goodness on day 2.

Italian Cream Cakes in Jars. Ready to be sealed and transported to a dinner.

Okay, I may have had more than a taste!  It’s still good.  And so cute!  My mom and I were talking about serving these at picnics in the summer.  You could tie a fork to each jar with some twine and be set to go.

I used a 2.5 inch cookie cutter with a sharp stainless steel edge to cut the circles of cake. 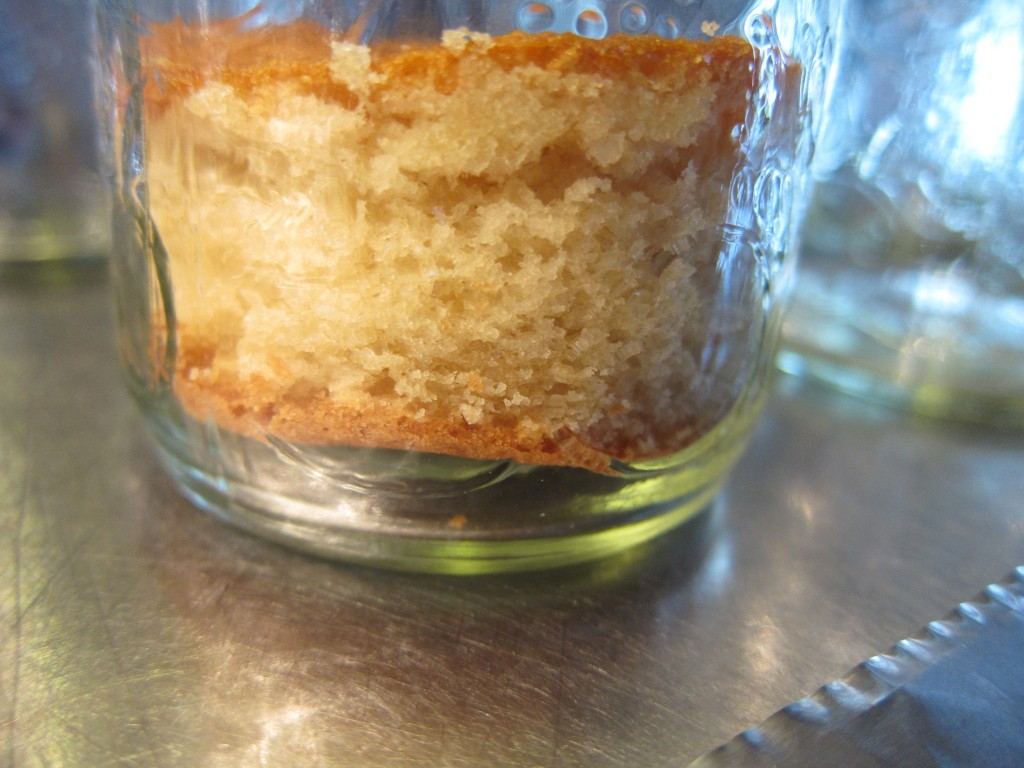 The rounds of cake fit snugly down into the 250 mL mason jars. 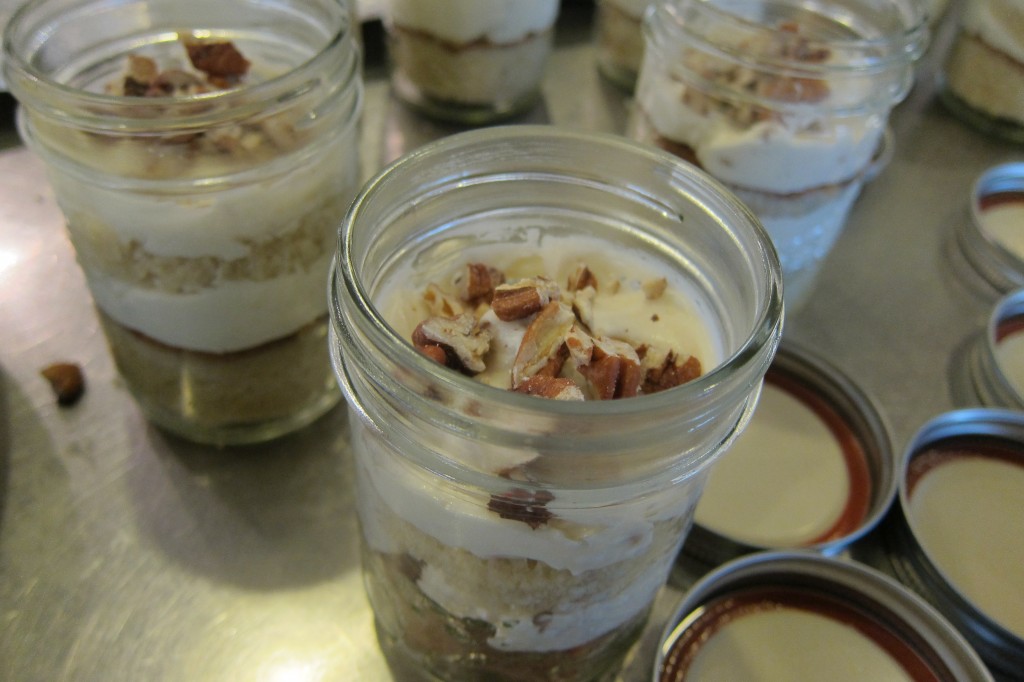 The cakes were layered with a cream cheese and toasted pecan icing.