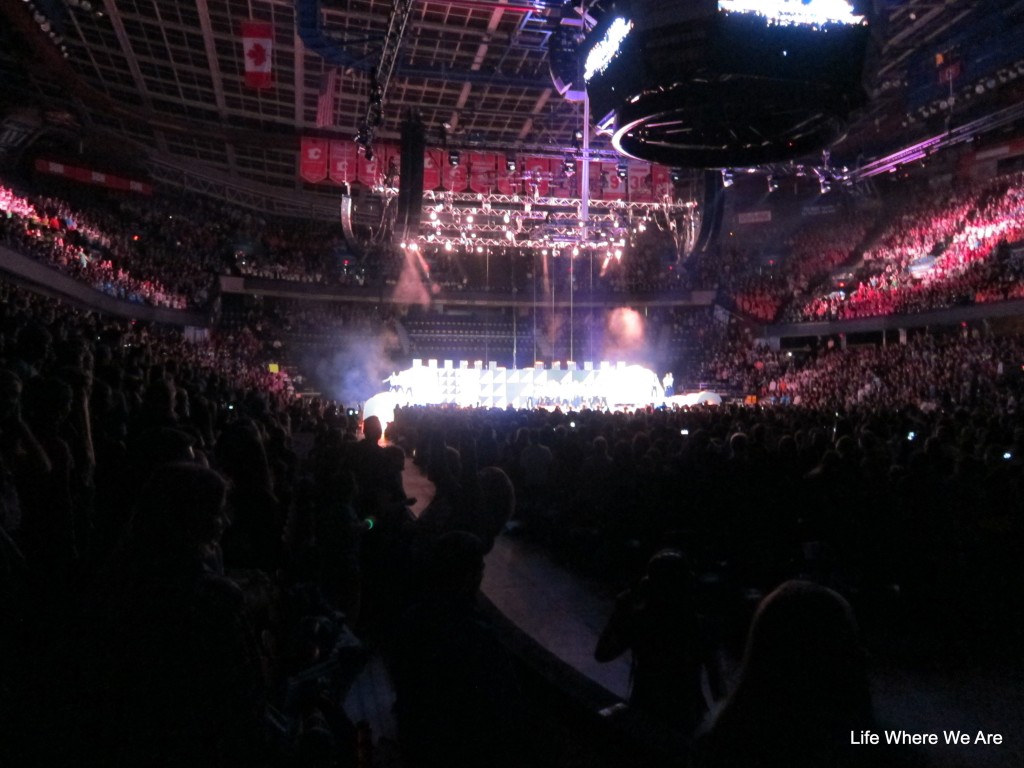 The Scotiabank Saddledome was filled with young people excited about social justice.

We Day came across my radar last year and I remember thinking that if it ever came to Calgary I would try my best to go.  It seemed to be an event worth checking out and championing.  After all, anything that can rally young people to do good deeds is a win, right?  I had no idea.

I boarded the C-Train a little before 8 on a bitter cold Wednesday morning.  The car was full of excited students and their teachers.  The group closest to me were the youngest allowed to go to We Day and they were in Grade 6.  When I finally made it into the Scotiabank Saddledome there were over 18,000 young people completely pumped about making a difference and affecting positive change in our world.  That was impressive.

Chief George Stanley started everything off with a prayer.  His beautiful opening line “Oh Great Spirit, whose voice I hear in the wind…” stirred something within me and I have found myself whispering that line ever since.  Every speaker that followed moved me in a profound way as they told their inspiring stories.

Sydney Brouillard-Coyle, a tiny little package of a girl, spoke with passion and poise that belied her 11 years as she announced her goal of being Prime Minister of Canada in 40 years.  Her start in social activism was inspired while she was volunteering with her family and she witnessed a man saying “thank you” every time he was given a warm article of clothing.

Liz Murray, who lost her parents and became homeless in New York City as a young teenager, determined that she would finish high school without the other students knowing she was homeless.  She survived by sheer determination and grit, sleeping on the subway, doing homework in apartment hallways and not only did she graduate high school, she was accepted into Harvard.  Her story is sprinkled with tales of others helping her, each in their own way.  Liz encouraged everyone to do what they can to help others even if it seems small and insignificant because it all adds up to make a huge difference if we all do something.  That is the power of “We” after all.

Spencer West.  I can’t do him justice in this post so for now I will just say this man is ridiculously amazing and you will be hearing more about him on this blog.  He will return to Alberta in the spring of 2013 and hopefully we will all get to know him better. 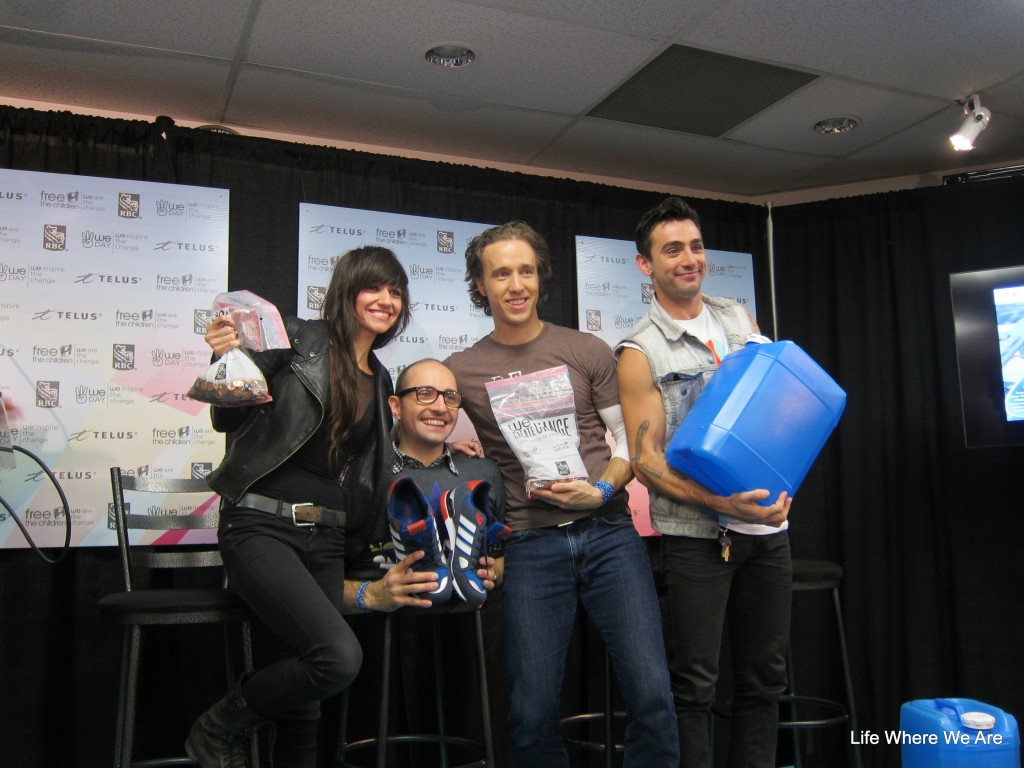 Adding great weight to the conference were two men that I have long admired.  Martin Sheen and Larry King graciously shared their time, wisdom and compassion with the youth of Alberta.  I really loved that Larry King emphasized forgiveness as a necessity to living a successful life. 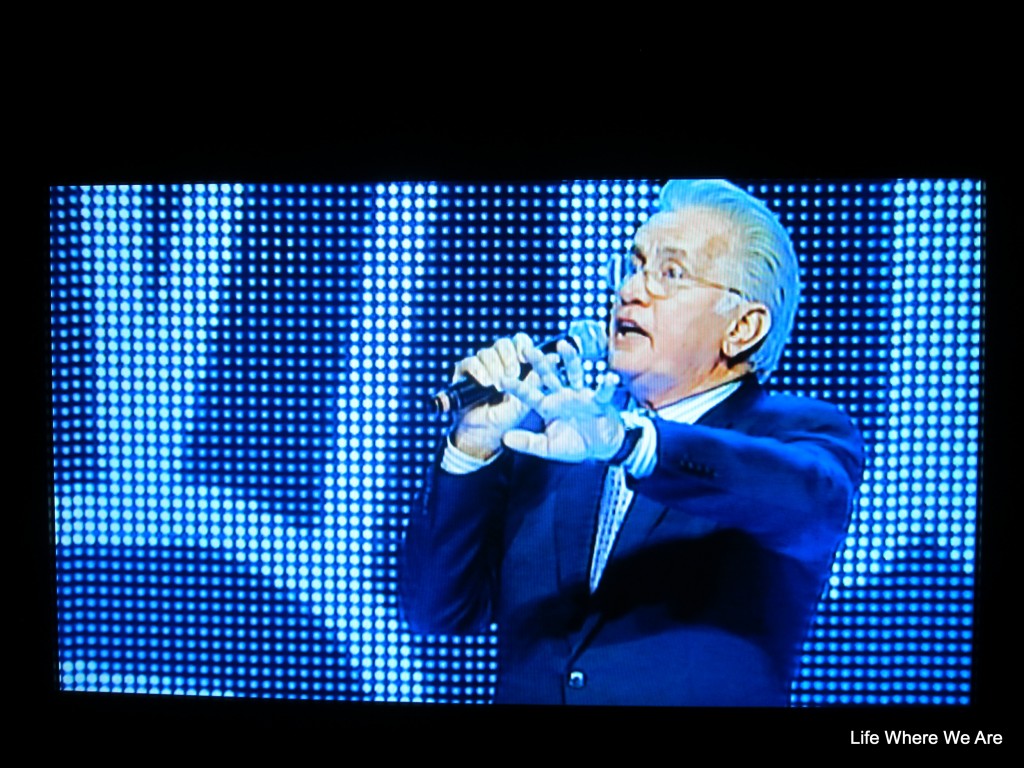 Martin Sheen awed everyone with tales of his own childhood and of Mother Theresa. 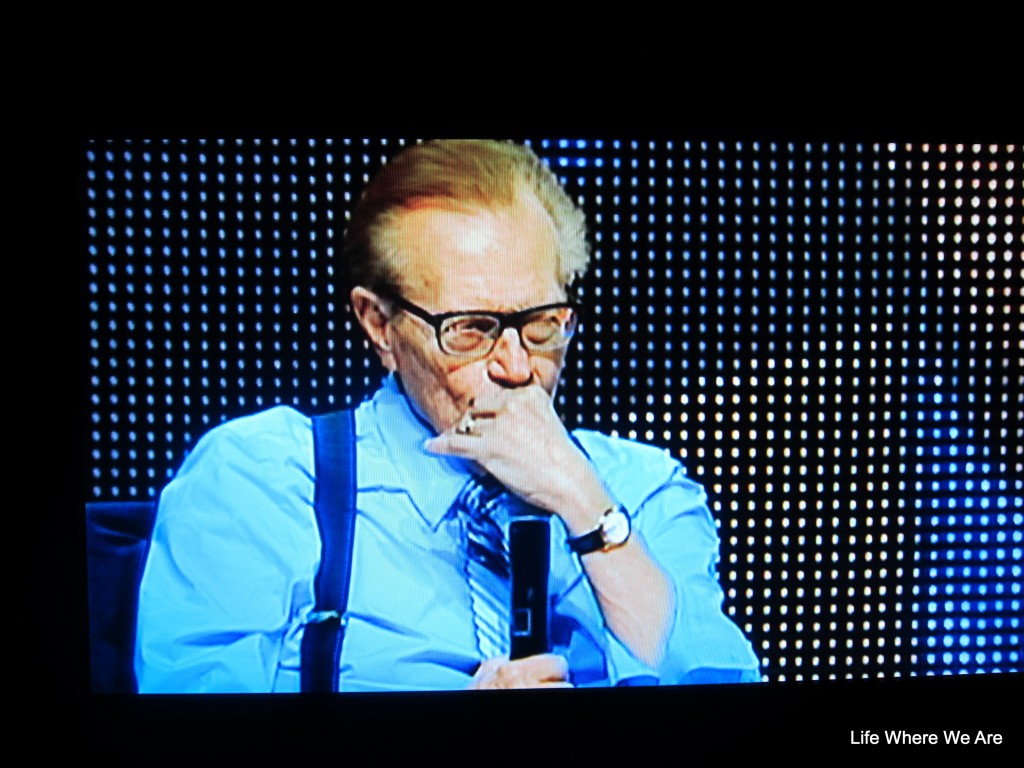 Larry King emphasized forgiveness in story after story about the great heroes of our time.

This barely scratches the surface of We Day but it won’t be the last time I talk about it.  We Day is doing a very important work and it needs to be around for a long time.  Thankfully there are companies, like TELUS, who recognize the need and sponsor the conference.

TELUS is also raising funds for Free The Children which is a campaign connected with We Day.  Through their Phones for Good and social media campaigns TELUS hopes to raise $750,000 for Free the Children this year.  Also, if you purchase a Samsung Galaxy Smartphone, TELUS will give $25 to Free the Children.

My job now is to show my son how to be involved in making a better world.  Not a small task, but a worthy one.  We Day was a sober reminder that I am not so young anymore and if I want to make a positive difference it needs to start now.  Stay tuned for details…

This message is only visible to admins.

Error: An access token is required to request this resource.
Type: OAuthException
Solution: See here for how to solve this error

It’s a gorgeous sunny day in Calgary today and the forecast for tomorrow is grim.  Seriously, check out this forecast!  See those clouds and…