A few months ago there were some mysterious tweets involving a few of Calgary’s top chefs (no pun intended).  Chef Xavier Lacaze went from Muse to Home Tasting Room and Chef Geoff Rogers, who had previously been at Home Tasting Room, hinted at new beginnings that left us all wondering where, what and when.  Now, the wait is over and after sampling an of assortment of food and drinks at MARKET, I think it was worth waiting for. 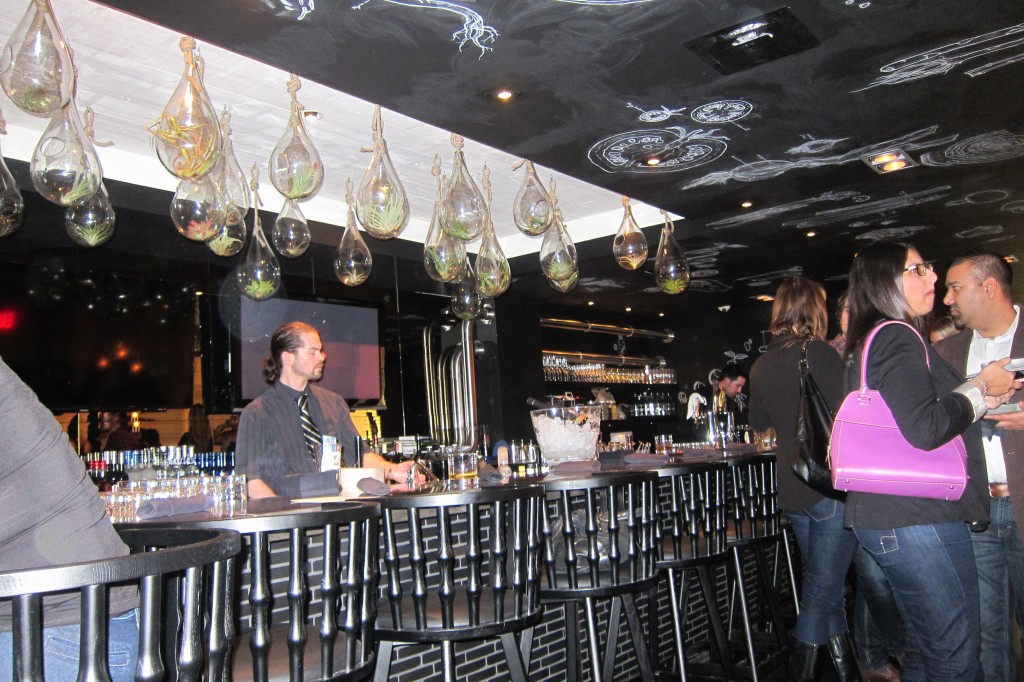 The bar at Market in Calgary. Notice the chalkboard ceiling?

I walked in to the grand opening and was immediately very happy with my surroundings.  MARKET is tastefully designed from it’s quirky chalkboard ceiling to it’s black and white concept that reads as clean and modern while still maintaining a warm and comforting vibe.  I hung out at the front for a while taking it all in and trying to balance my champagne in one hand while tweeting on my phone, snapping pics with my camera and wrestling with my huge Kate Spade that I should have left at home since I kept whacking people with it left and right.  Then I spotted what I wanted to see–the Urban Cultivator shining brightly and beckoning me from the open kitchen in the back of the restaurant. 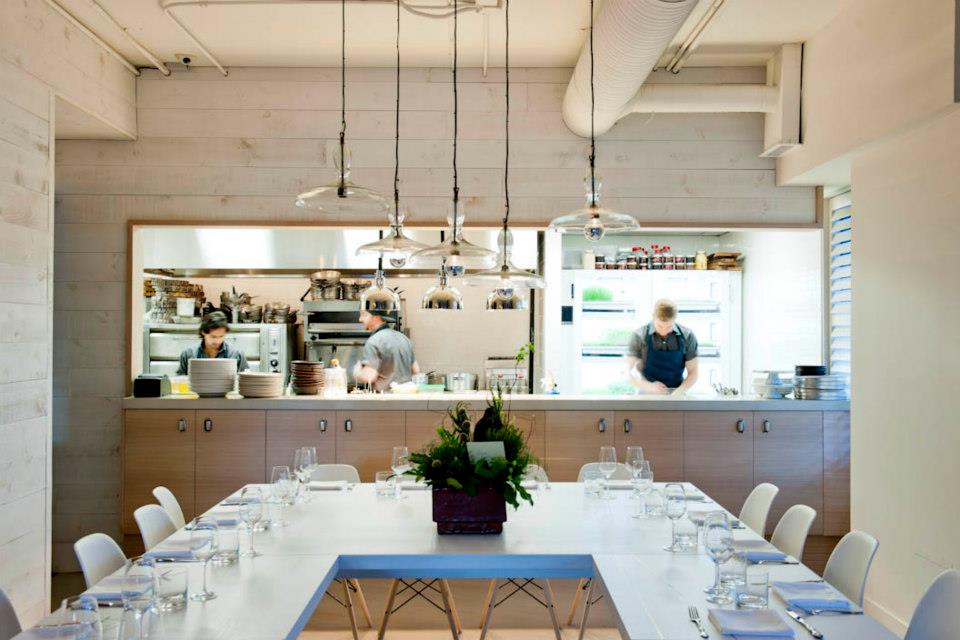 After admiring the luscious greens growing in the Urban Cultivator, I spent most of the night hanging around the chef’s table right outside the kitchen.  Isn’t that the way it is?  People congregate in the kitchen if they can–right next to the action, the food, the smells, it’s definitely where I want to be.  MARKET has an epic chef’s table and you should make a reservation to eat there as soon as you can.  MARKET and Chef Geoff Rogers are already popular in the food scene here in Calgary but they will soon get nationwide recognition because Chef Geoff is on Top Chef Canada this season!

MARKET is the brain-child of owner Vanessa Salopek and Executive Chef Geoff Rogers. The concept is to have a market-fresh menu where the quality and taste of the food can be controlled by making their bread and cheese in-house, butchering their own animals, and growing their own greens and herbs in-house with Calgary’s first commercial Urban Cultivator, an internal home garden.  It is so nice to lay your trust in a team this professional and committed to food.  Before I tried the Bison Tartar, I asked one of the chef’s how fresh it was and completely trusted them when they told me it had been running around four days prior.  I love that they know where their food comes from and how fresh it is.  I love that all of the steps of preparation that have taken place before it gets to my plate have been carefully overseen by conscientious chefs.

More than the atmosphere, the decor and the hype, I really have to tell you about the food AND THE DRINKS.  (Sorry, I didn’t mean to say that part so loud!) 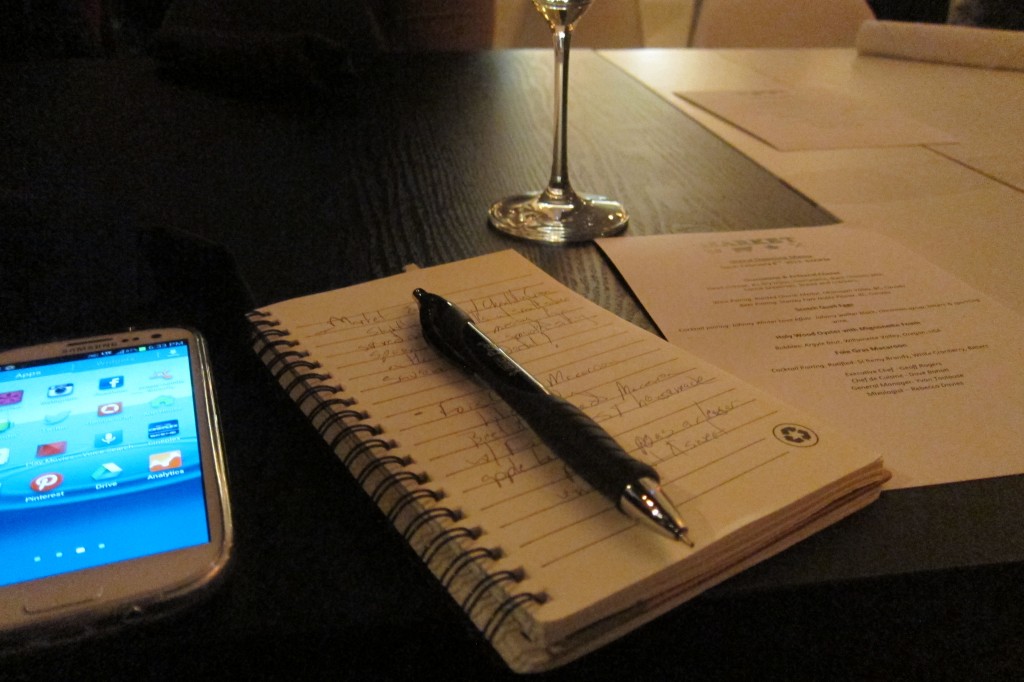 I tried to write it all down becauses I was in sensory overload, but I decided to let it overtake me and enjoy the evening.

Everything that I tried, including the Bison Tartar that suddenly started appearing, was good.  My favorite three items in no particular order were:

– Fois Gras Macaroons – these beauties were as close to candy as you can get while still being considered food–they were a delight!  The cocktail that Mixologist Rebbecca Davis created to pair with this dish was a perfect match.  It was called Ratified and was light and refreshing serving as a palate cleanser after the luxurious Fois Gras Macaroons.

– Market Egg – these little eggs were not on the menu but were one of my top tastes of the night.  I watched with fascination as each egg was carefully cracked at the top so they could get a clean break, emptied out and separated gently by hand.  The yolks were then placed back in the shell to be slowly cooked as they floated in barely simmering water.  Finally a light and airy Scallion Chantilly Cream was piped on top and it was all dusted with chives.  My first mouthful had me experiencing a hot and custardy yolk along with the fresh, cool cream and the flavours mixing with the textures and the temperatures were a wonderful thing!  I would love to master these and serve them for breakfast when friends are staying over.  Ha!  That’ll be the day, I’ll just have to take them to Market.

– Rebecca Davis’ Johnny Winter Love Affair – This cocktail, paired with the Scotch Egg, was quite possibly the best cocktail I have ever had.  Perfection in a glass!  Rebecca is a genius and just might be the star of MARKET.  If you think I am exaggerating, go see her for yourself and then come back and tell me how right I was. 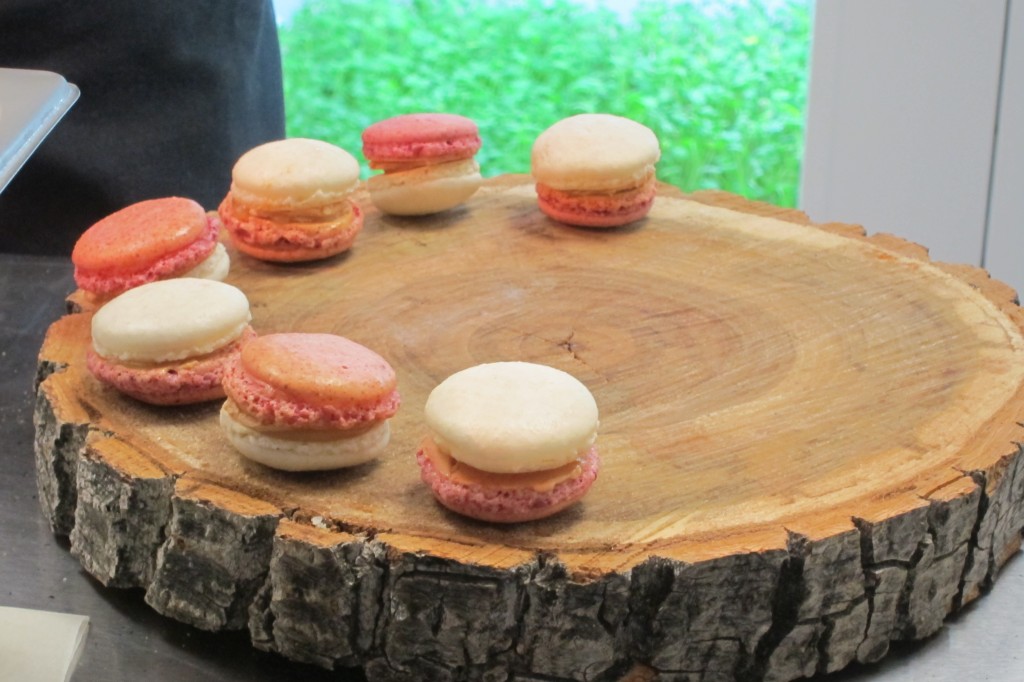 Scotch Eggs paired with Johnny Winter Love Affair. I may have stayed at this table a little too long. 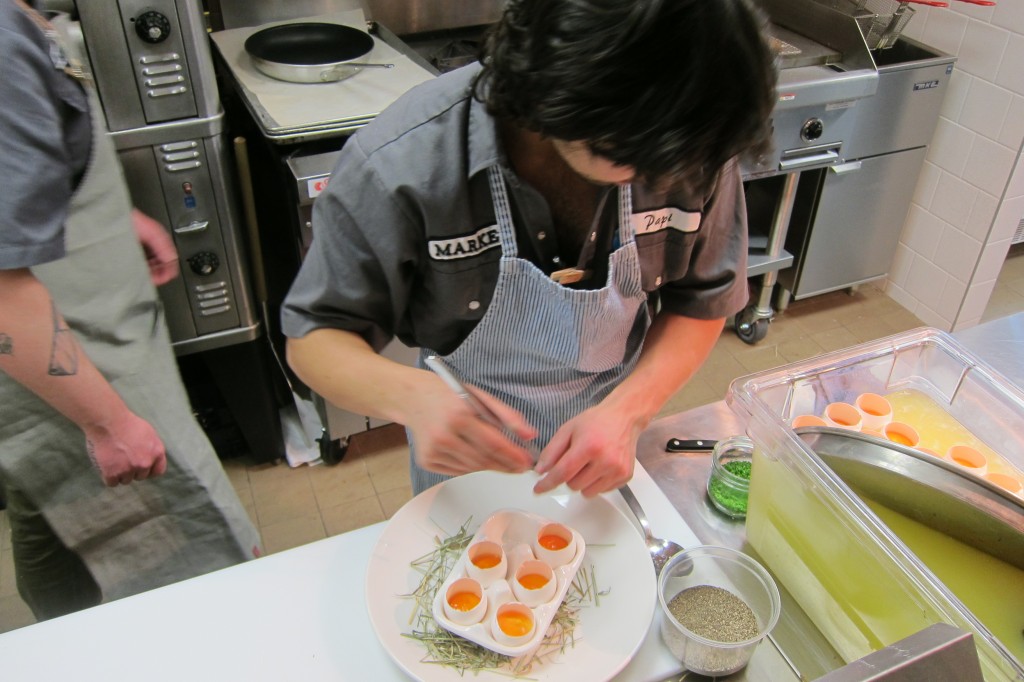 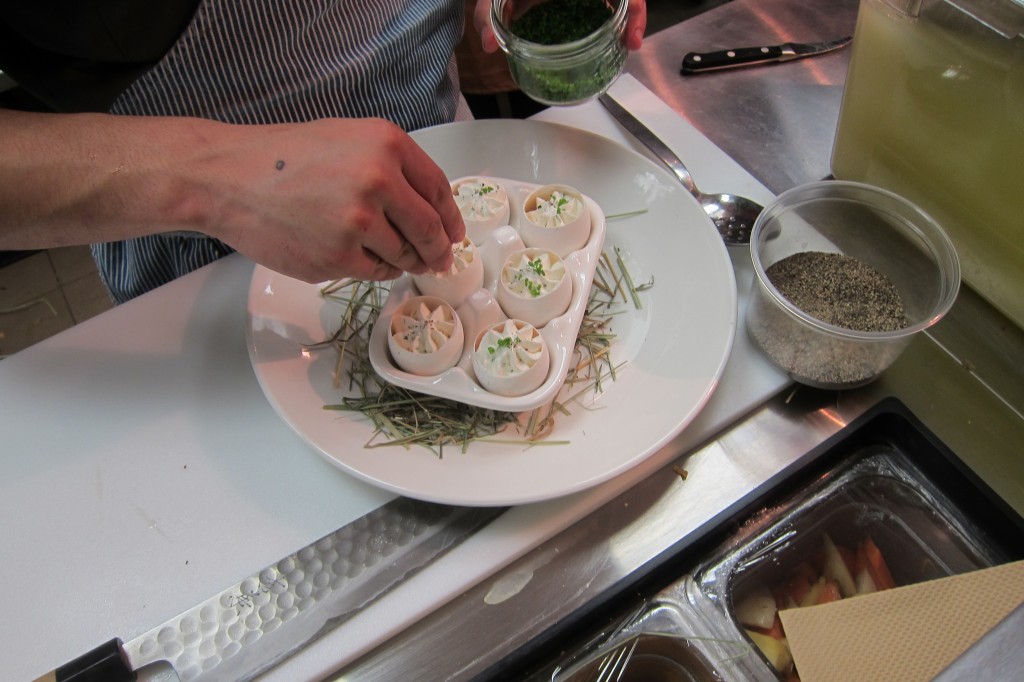 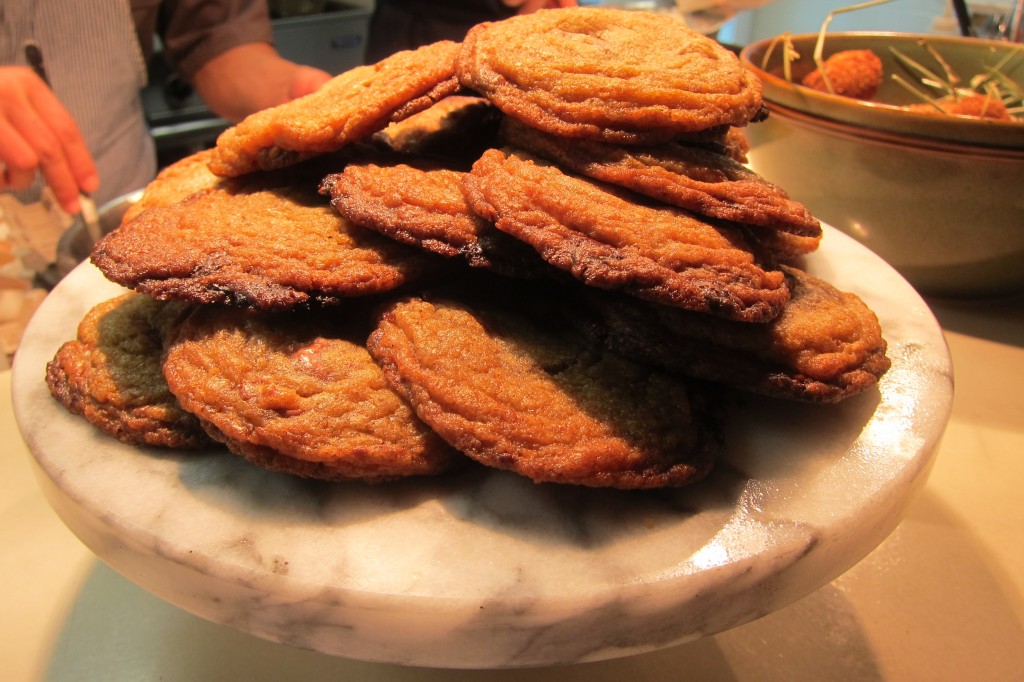 What better way to end the night than a plateful of perfect Chocolate Chip Cookies warm out of the oven? No better way, MARKET! Thank you!

For more pics and praises, check out the reviews from these blogs:

This message is only visible to admins.

Error: An access token is required to request this resource.
Type: OAuthException
Solution: See here for how to solve this error

I am a seasoned second-hand shopper and I love the thrill of the deal.  Thrift shops, auctions, estate sales, you name it…I love it!…